Home » Uncategorized » Detective, It’s Your Investigation – Including the DNA

Detective, It’s Your Investigation – Including the DNA 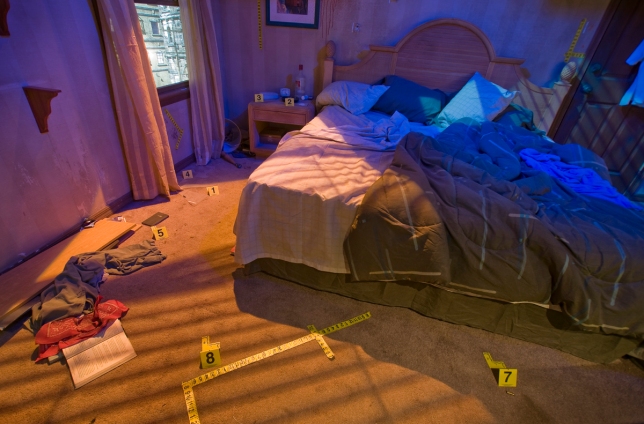 Most of the detectives I know like to hear things straight up, so here it is. I recently heard of a DNA analyst who was handed a shirt by a detective who said “Find the DNA off of that.” That may sound reasonable to some, but as a man who talks to both law enforcement and forensic scientists on a regular basis, let me make a few suggestions based on what I see agencies doing that are producing results.

If you have ever done something similar, you likely made the wrong request too. Why? Because producing a DNA profile usually doesn’t work that way. Maybe your investigation is down to the Hail Mary and if that’s the case then it’s worth taking a swing at it, but even then it needs to be more focused. That analyst was likely not the best person for what the detective needed anyway – namely to locate and collect the DNA. Crime lab personnel, in their unadulterated roles, are the folks who objectively run elaborate scientific equipment or processes to analyze DNA, finger prints, fired rounds, etc. Is he or she the right person to process the DNA sample to generate the profile? Absolutely. That’s where a lab scientist’s expertise fully comes into play. But who would be the person most likely to know where the DNA was deposited? It should be you and/or your crime scene investigator. Your investigative team is the closest to the scene of the crime and the evidence, so someone from your team would be the most effective in the collection, especially if you choose the right tool. Don’t abdicate control over such a critical, but often under-emphasized, step.

Now, before you discard that assertion, let me explain. First of all, aside from the victim, the victim’s family and loved ones, most likely no one cares about solving your case more than you. Of course everyone who even hears about the case, let alone works on it in any capacity, wants to see it solved. But the investigators are the ones sitting in the living rooms with the victim’s family so have that extra connection. With that in mind, as I’m sure you know, it is critical to maximize the effectiveness of each step in the investigation, and if you ever abdicate control over one of those steps to someone or something that is less effective than the maximum then you’ve put at least part of your investigation in jeopardy. You know the details. You have the best idea of how things happened and where you think the perpetrator may have left behind evidence. If something as critical as DNA is being collected your input may make all the difference.

That being said, here’s an interesting phenomenon. In all my discussions with detectives, nothing causes more eyes to roll into the coma state than discussing DNA. Whether it be how best to collect it, how to process it, interpret results or defend it in court, a good number of the detectives I have talked to, immediately upon hearing the letters D.N.A., start to inhale specifically in order to exhale the words “talk to our lab folks about that.” Abdication. What is it about DNA evidence and the process that causes such a reaction? Fingerprinting, ballistics, interviewing, none of those are nearly as scary as DNA. Most of us will never understand what happens inside the machines that do DNA amplification and sequencing, but understanding what goes into the machines, namely the sample, is very doable and many agencies collect all types of evidence themselves rather than having a lab designee do it.

There’s another common problem with the lab-investigator relationship. Are crime labs an extension of the investigation, or should they be? It is true that currently the lines are often blurred. As a result, a number of investigative teams have a DNA section that works well with them and is abundantly helpful in “finding that DNA profile” from the evidence, but the more that happens, the more the lab results sway toward being subjective and potentially slant toward the prosecution as opposed to being objective and neutral. That may be ok in your book but it comes with a price. The more the lab is involved in the investigation the more it loses objectivity as it gains more control over the process and the evidence. Is this the result of abdication? It’s your investigation, maximize but also own it.

I’m not in any way suggesting detectives and other investigators become DNA experts. All I’m saying is they should understand cold the front end of it, especially when it comes to crime scene processing and DNA material collection, and then be at least familiar with the process and interpretation and what it means to their investigation. DNA plays such a powerful role in solving crime in today’s society that not being familiar with the process puts every detective at a serious disadvantage. The more detectives understand DNA, the better they will be suited to choose their evidence properly. They will work with their crime scene investigators and fellow detectives to take the right samples with the best collection tools. They will submit the best selections for analysis and help minimize the load on the lab – cutting down processing times – which is a win-win. Of course, they will have to lean on the expertise of the forensic scientists who understand in depth extraction, quantification, amplification and analysis, but deciding what evidence is the most important for a case is always up to the detective.

Two great examples I can name for effective DNA collection are West Jordan PD in Utah and Broward County Sheriff’s Office in Florida. In both of these agencies the most common thing the lab receives that may have DNA material (blood, saliva, touch DNA or semen) on it is a swab, filter or other item that is close to or completely ready to be directly entered into the extraction queue. It is rarely a whole item such as a shirt, pants, weapon, brick etc. By taking on the DNA collection, or serology step, at the investigative level these agencies accomplish two things. First, they dramatically cut down on the time it takes to get DNA results back because the lab is able to move the swab or filter straight to processing and skip the serology step – which can take a long time to be completed. Second, they keep the collection step in close proximity of the first hand source of the evidence knowledge, which is the person or persons that processed the crime scene and the case detective. That’s the attitude BSO and WJPD take and they are getting impressive results. How does 100% clearance rate on all homicides sound?

Which begs a question. Why do so many organizations have detectives fill out a report describing where the DNA material likely is, submit it to the lab in the hopes they get to it in the next couple of months? Data has shown it will likely sit in the queue for a while, then a lab tech will pick it up, read the report and then try to figure out the best way to accomplish whatever they think is being asked. Multiple factors have been introduced that all water down the probability to getting a positive result, including the possibility of human error or misunderstanding. The lab tech may pick up the phone and ask questions or request a meeting, but it will be well after everything fresh is gone and it will be one more thing to schedule in the middle of everything else that has popped up since then.

Why not assume responsibility for the serology and knock that step out at the police department’s evidence processing area with your well trained CSI, and then hand over the prepared sample to the lab so they can go straight to extraction? It’s fewer steps, closer to the crime, faster, and qualified people who know the most about the case are working it at the right time. WJPD and BSO have adopted this approach. They understand that crime scene processing is such a critical step that many of the agency’s best and most highly trained personnel fill those roles, and when utilized properly those personnel are worth their weight in gold.

The bottom line is detectives are experts who have developed specialized skills and intelligence. They excel at coordinating all the players who are helping in the investigation, much like a quarterback controls the players on the field. However, in this analogy, imagine the quarterback wrongfully assign a running back to line up on the ball and snap it rather than have the center do it. The running back may get the job done but that’s not his area of expertise and doesn’t know exactly where to place the ball, who to block, etc. It’s much more effective when the right player is playing the right position. So goes the investigation. Keep the control where it needs to be and utilize the players where they are most effective.